This advice is from other women with the same experience finding themselves in a difficult relationship with a man who already has a wife. I will explain my own experiences and how it was able to overcome my relationship [8288], Last Updated: Wed Jun 22, 2022
matilda
Sat Oct 11, 2008
592 Comments
413663 Visits 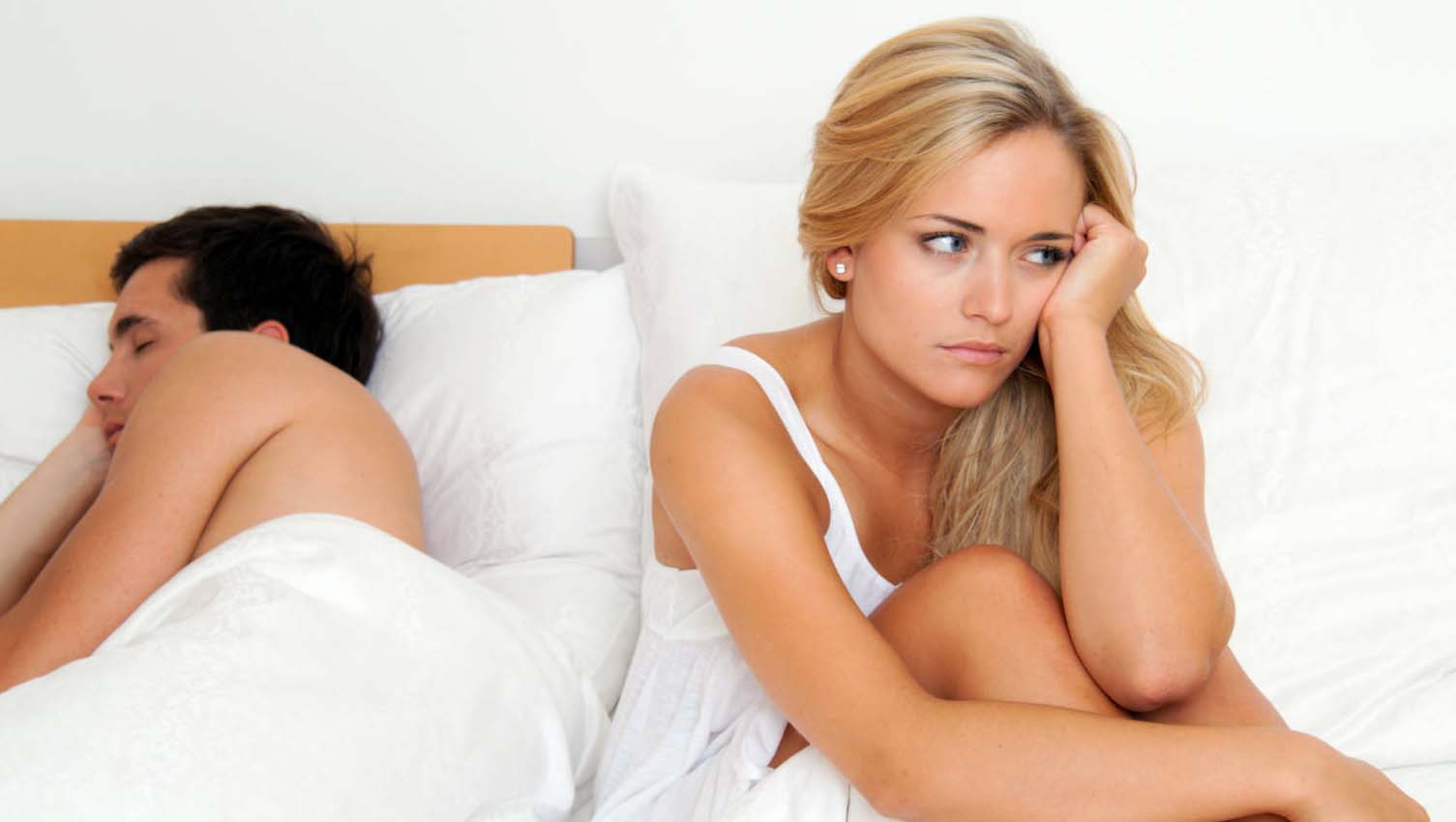 He is a Married Man, Now What?

How did you get yourself into this predicament? He is married and you are in love with him. You are not alone. This happens more frequently than you think. Men and Women are good at hiding it. If you want your married man to leave his wife, there are ways, but it takes a lot of sacrifice and hard work and most of all compromising. Want to learn how to make a married man leave his wife? The solution might be easier than you think. Take the quiz at the end of this page to find out even better advise.

I went out with this guy for almost 5 years.. At first it started as a friendship, but as we got to know each other, My respect and admiration was increased by his strong and brave character. I love smart guys and he was all that I wanted in a man, BUT HE WAS OLDER THAN I. I was very disappointed when he told me he was already married. But I didn’t care much because I knew we were just friends. - That’s all.

So one day, we went to dinner together. Just as friends... That was a mistake! He was so romantic and made me feel really special... :) I really needed someone to treat me like that. All the jerks I had met before were immature. But he was so passionate and romantic. After time, I started to realize I was falling in love with him. I could not stop my heart from falling in love. I asked him not to ask me out anymore, but he kept insisting. hahaha. That’s what I love about him too. He doesn’t give up so easy. I like a man that gets what he wants..

So anyways, we continued to go out and sleep together. Until after two years, I started to wonder where we were going. I asked him where we are headed. He said he was confused and did not know. But he was very happy with me. Another year passed by and nothing. We kept sneaking out after work and go places together. Even to motels.. By now, I was starting to feel cheap. I felt he only wanted to sleep with me. But I didn’t tell him because I didn’t want to pressure him and lose him.

After 4 years, (I know. im so stupid) I confronted him and told him that I cannot continue like this. So we stopped seeing each other.. I missed him so much. :( I kept thinking about him all the time and I even cried for him every night. Then all of the sudden he calls me and we started the whole thing again.. and yet again, I started to feel used.. This time he said he was thinking about how he would get out of his marriage so he can get marry to me. He kept giving hope, and as a fool, I felt for it. He kept giving me excuse after excuse. He tells me about his wife, she is sick and she is lonely, she doesn’t have her parents and it’s hard for him to leave her.

I woke up one morning and decided I wasn't going to be the second plate for him no more. I had to put a stop to it. I came to realize that he was not going to give up his marriage for me. So I kept giving him excuses after excuse that I could not meet with him.

In my mind, I kept wondering some ways how I can make him my husband. these are Some ideas I came up with...

1. The obvious one was to get pregnant with him. - That is the worst thing you can do. You will just make another life more miserable, so don’t do it

2. Another idea I had was to run away with him - I asked him and he said no


3. Ok, I said to myself, well, if I can't have him, then no one will. I was ready to confront him at his house. I was going to go to his house and talk to him while his wife was at home. I knew that if his wife found out about us, she was going to divorce him.. So I did. Oh boy, it was a big mistake. When the wife found out about it. She cried and cried. I felt so horrible. He screamed at me and told me to go away. My heart was so broken. I had never felt so disappointed. I went home crying and I vowed never to see him again.

It’s been 6 years now since that happened to me. And now that I have time to reflect on my experience I realize that there are more women in my situation.

So my advice to you my dear, if you are involved with a married man, you are making a big mistake. He will not leave his wife for you. Unless he is already divorce and done with his wife, he will continue to be with her and you will just be another of his sides.. Don’t fall in this trap

I know it’s not what you want to hear. You probably want some magic way to make him be with you all the time. But unfortunately there is none. Let him go. If he is meant for you, he will come to you. But don’t accept him if he is still married. Otherwise, you will fall into the same hole I was and you will just be wasting your time.

I know its going to hurt at the beginning when you break it up. But trust me. After one month after you don’t see him, you will start to feel better and you are going to wondered how you could ever fall into something like this. When you are in love and it hurts, the worst thing you can do is to listen to music. Don’t listen to songs at all, because they will just remind you of him. So don’t listen to music for a whole month. And you will see, it works.

I hope my experience has helped you. If you are going through already, please, tell me your story. I would like to learn from you so we can all help other girls out there who might be in the same situation and they can learn from us

Make Him Leave His Wife For You

Well, if you are reading my post, most likely you are in love with some married guy.. That’s not good. You are in a very difficult situation. Most married guys won’t leave their wife because they are scared to hurt their feelings. It’s especially true if the guy already has kids with her. If they have children, it’s going to be very difficult for him to leave her for you. My advice to you is to just forget about him, leave him alone so he can continue his life with his wife because you are just wasting your time and energy with this dude. Seriously.

Make The Wife Leave Him

There are many ways you can make him leave his wife. The best way would be that (if he really loves you), he will be willing to sacrifice all for you and get a divorce and marry you.. I bet that’s what you want don’t you..? We all want that, but we are just fooling ourselves. Think about this for a minute. Lets say that everything works out between you and him, you guys get married. Do you know what Karma is? Yup,, he'll do the same thing to you, and instead of you being the mistress, you will be the wife who is being cheated on. So stop this nonsense and let him go. Its just going to hurt you even more later. Put yourself in the wife's shoes, how would you feel if you were the wife?

Thanks to all the women who have replied. Special thanks to Pam. Read Pam's comments below, she will open your eyes!

Please tell me your situation, i would like to learn from you.

Will He Leave His Wife For Me Quiz?

How To Restored A Broken Relationship And Marriage
marvin
Mon Oct 06, 2014
marvin
i have been reading all these women's comments and it shocks me to know how women feel.
listen ladies, its a 50/50 responsibility. if you are with you married guy, is because you have accepted the consequences. i cheated on my wife and i never planned to leave her, i was just having fun with other women, and all the things your guy has told you, i've told my girls too. deep inside me, i only gave false promises to get what i want.

i am no longer cheating on my wife, but i can say that no women deserves this kind of treatment. i don't consider myself good looking, but would you go out with me even if you knew i was married?
Reall?
Wed Oct 08, 2014
I hope you are keeping your thing inside your pants
Daniella
Fri Oct 10, 2014
I want to thank for helping to get my husband back after 3 months of separation and now i am having a happy marriage life with the help of can contact him today and he will also help you save your marriage.
Ssh
Sat Dec 23, 2017
You are such a douchebag.
gmc336688 (Hong Kong)
Wed Jun 22, 2022
gmc336688 (HK)
gmc336688 it's an oath

jennet (Nigeria)
Mon Aug 23, 2021
jennet (NG)
reach the spiritual marriage helper to help you get your broken hone or marriage restored, my ex husband left me for another for the past and half year i was in pain and agony i cried all day and night i tried everything in my own power to make everything work out but all to know avail not until this very special day when i came across dr hope post on the internet how this ;lady and some other people where talking about his good work drhope have cast a spell that make my husband fall back in love with me my husband called me back with an apology you can also reach him via his email s @ gmailco bless you for bringing back my lover
peyton (United Kingdom)
Fri Jul 10, 2020
peyton (GB)
emergency spell to get what you want within 24hours ,contact dr obodo via
templeofanswer @ hotmail ☎ * * * * * *
tenn (United States)
Tue Apr 14, 2020
tenn (US)
your quiz is biased, you should ask if there’s abuse, just because you cheat once does not mean you will cheat again i hate that expression, he’s been loyal to me for years, ask why they got married and i’m very with god and my spirtual world see it’s a lesson sometimes, i’m to teach him and he’s teaching me, his wife is abusive and a drunk so he wanted to make sure his daughter was taken care of if you go by all our readings she’s the who gets the karma, if i were so bad then why did god awaken me during the mercury retrograde this year tired of everyone assuming we are bad and unholy that was an unholy unloveable marriage he has her on his phone taped on how she abuses him so thank you i guess ill have to start educating people about the situations