this topic is about the most popular reliable automobile ever made in the world. you will be surprised to know which is the most durable car ever made in america and in the world. you might think is a japanese auto manufacturer but i will tell you the car [2357], Last Updated: Sun Jun 14, 2020
car reviews
Sat Jan 17, 2009
42 Comments
16833 Visits
OK. so you want to know which is the MOST reliable car there is.

probably you are in the market for a new or used cars and you want the little car to last long.

But you might be surprise to know that the most reliable car ever made is not a car but rather the Volkswagen beetle. That car can go on for miles and miles. The engine is simple and it uses air to cool it instead of liquid like the other traditional cars, but the beetle is no longer in production so if I had to guess the current most reliable cars right now would have to be the Honda Civic or the Toyota Corolla.I am sorry to say that none of the American cars are very reliable.

American cars are made with very cheap parts. Where as the Japanese cars are made of higher quality materials and with higher tolerances in their engineering. Until I start to see American cars build with higher tolerances on their engineering, they will not as reliable as Asian Imports. I think that American manufacturers like GM FORD AND CHRYSLER make their cars not to last as long because they are thinking of money. They are being greedy. Why do I say that.?

Well, if they make cars last long, you wouldn't have to buy a new car more frequently. It makes sense from a business point of view. All they seem to think is about their pockets. I am a mechanic and I have worked on all kinds of automobiles, and I have to say when you replace the parts on each cars, the parts on the Asian Imports are made of higher quality, they last longer and are therefore more reliable. if you dont believe me. try this.. if you have a domestic car like a Ford or GM, look under the hood, look at the engine parts.. you will notice the parts look bulky and oversize.. why is that? its because they are cheaper to manufacture so they have to pay less to the employees who make them and they get to make more parts faster. but if they made good quality engineered parts, the parts wouldn't break as frequent.


let me give you an example. this is a pulley from a domestic car: 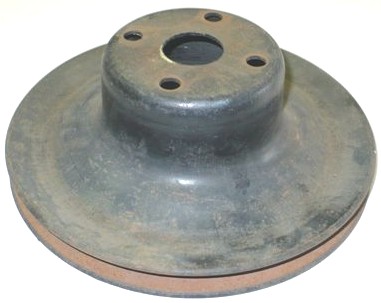 now, this is another pulley from an import car: 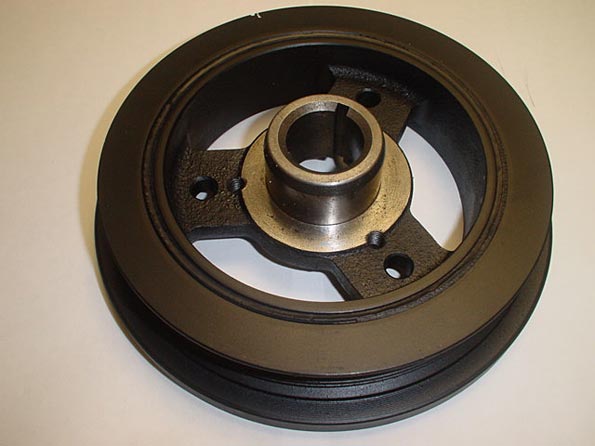 do you see the difference? better quality? The difference is clear. the first pulley is very simple in design, therefore, it will be easy to manufacture, thus, the car maker will pay less money to have it made. Now look at the second image of the import part. you can see that it will be more complicated to manufacture because of the engineering. and that is all i am saying here. American manufacturers need to engineer better parts for cars so they will last longer. simple. I am an American, and I love my country. I want America to be #1


American Manufacturers need to stop being so greedy and start making better cars if they ever want to get the trust of consumers... I have own a Dodge, Ford mustang and a Chevy car, I have also own a Toyota and a Nissan, and I would never buy a Dodge, Ford or GM car again. My first NEW car was a dodge Ram 1500, man, I only had it for one year, I bought it for $21000 in 1995, in 1996, I traded in for a Ford Mustang, in 1998 I traded the mustang for a used 1989 Maxima, I drove that Maxima until 2006 with over 280,000 miles, then I traded it for a 1998 Nissan Pathfinder, currently its what I am driving and it currently has 170,000 miles and still running strong. Last year I purchased a 2007 Toyota Yaris for commuting, it I love it, it has 40k miles per gallon. runs great and nothing has been broken. only thing I've done is change the oil and air filter. wow!! I love it.

One thing I will give American car makers is 'innovation'. they come up with good new features, but the the Japanese get them perfected. Also, remember that these import cars, are not actually made outside the U.S.A - many are made by Americans, so its not that American workers are making cheap cars, but rather the Company. For example, many of Toyota's cars, are built and manufacture here in America by Americans.
CUSHING
Tue Oct 14, 2014
CUSHING
Hands down your correct if this was pre-2003...my first car was a beat to #heck#rusted out 92 Sentra that was just given to me with 184k on it and I then put on another 38k trouble free miles on it! This was the common thing for Japanese cars of most makes. Now even crappy cars will easily hit 200k no matter the manufacturer. Having owned every manufacturers cars except daewoo, Suzuki, kia and Hyundai and being NOTHING short of obsessive compulsive with maintenance I find it amusing that not 1 but FOUR that's right 4 Jeep Cherokees of mine model years 1997 and three 1998's have gone over the 500k mile Mark WITHOUT engine or transmission work of ANY kind. The Chrysler straight six 4.0 liter engine is just indestructible. In my garage today there's my wife's 2013 Acura MDX and her BMW M5. TO the right is the oil stained cement underneath my now remaining three Cherokees (she'll drive the red98 when there's REAL snow outside to this very day!) I of course have a more "refined" auto for when business outings require it, but these girls were with me from my roughing it days when a car repair to her and I meant eating less that month and that first 1998 Cherokee I bought used from Lous Jeep Eagle in Geneva Illinois never let us down, it's so precious to us she let me buy three more to just keep. I'm blessed to be able to buy whatever vehicle is out there but nothing will ever feel as safe our reliable as those early Cherokees. Daimler messed up big by eliminating that simple motor.

prias
Sat Feb 13, 2010
prias
I forgot to tell you, i have 89,000 miles already since i commute to work everyday with my carpool we all love our cars
brian
Thu Dec 22, 2011
This guy is silly. First of all, the comparison of the two pulleys are for different applications. The top is a water pump pulley, the bottom is a crankshaft pulley. This guy has no credibility what-so-ever. BTW, I am a mechanical engineer. If you are going to make a comparison, just go by the collected data from a reliable source.
ioannes
Thu Jun 17, 2010
Mercedes w123 and W124 own eveything.Also old Volvos are like tanks(740 and 940)
Ted
Tue Aug 04, 2009
illiterate, ignorant america-hating faggot!